This is the fourth post in my series on cloud backup solutions.  Previous posts were:

Today’s topic is Google’s Picasa Web Albums, henceforth known as PWA.  Unlike the other solutions I’ve covered, PWA is not explicitly intended to be a backup solution.  It’s designed as a platform for sharing your photos and videos with others, however it also does an excellent job of storing them in the cloud and letting you retrieve them with ease.  I’ve been using it as a form of backup for about a year now, and after browsing the “help” section I see that Google has included notes on how to use PWA as a backup as well.

The best way to upload photos to PWA is to use Picasa, Google’s desktop photo organizer.  I have tens of thousands of photos in my collection and have tried many different photo organization applications and Picasa is the best I’ve found so far.  Its facial recognition features are particularly amazing.  I could probably write an entire post about Picasa and its features, but I’ll save that for another time – I’m here to talk about saving photos to the cloud today.

PWA accounts come with 1GB of free storage.  After that, you can pay for additional storage at Google Paid Storage’s paltry rates.  Any additional space you purchase will be shared with other Google products, such as Gmail and Google Documents.

Within PWA, photos/videos are stored in albums.  At the moment, you can have up to 10,000 albums, each storing up to 1,000 photos.  This is regardless of how much storage you purchase. 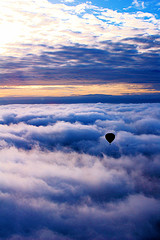 PWA is designed for public sharing, so you won’t find any kind of encryption included like you will for other backup tools.  PWA does have security settings for who is allowed to view your albums though.  You can adjust these settings at the album level, and choose to share with:

With PWA, it’s not really a “backup”, more like an “upload”.   There’s a whole bunch of ways to get your photos into PWA, including the web interface, email, and mobile device apps.  Most of these methods have limitations of how much can be uploaded at a time.  The best way to upload large quantities of photos into PWA is to use the Picasa client.

I sort all of my photos by event, so I already have folders on my computer with names such as “Mom’s Birthday” or “Thanksgiving 2009”.  In Picasa, I create an album for each event and then add the appropriate photos to it.  Then you simply click “Sync to Web” and the album is uploaded to PWA.  Picasa has several options for what quality the photos are uploaded at.  I prefer to use full quality, and don’t mind the fact that it also takes up the most storage space since it’s rather cheap anyway.

To “restore” (download from PWA) you again have options.  From the PWA website you can download individual photos just as you would download any other file from the web.  If you have Picasa installed on your computer, you also have the option of downloading entire albums at a time through the web interface, or downloading multiple albums (or all your albums) through the Picasa client.  Simply go to File > “Import from Picasa Web Albums” and you can select which album(s) you want to download.  There are also third-party tools available for downloading albums without having Picasa installed.

I’m a huge fan of Google’s amazing prices on storage space.  That being said, a low price is a horrible reason to choose a backup solution.  To me, PWA is primarily a great way to share photos with friends and family, and the fact that it can double as a cloud backup is an added bonus.

As I said before, I also really like the Picasa client as it has an amazing set of tools for organizing photos.  In addition to uploading images to PWA, you can do geotagging, use facial recognition to tag people, tag images with keywords, and search and sort by date and a variety of other fields.  It can take a little while to get things setup the way you like them, but once you do, maintaining your photo library is a snap! (pun intended)

My biggest complaint about PWA is that albums can’t be nested, or created inside other albums.  My previous photo site (which I hosted out of my house) allowed this, and I had a wonderfully organized tree of all my photos.  Now all my albums are at the same level and simply sorted by date.  I know lots of people have requested the ability to nest albums, and hope the folks at Google get around to adding that feature soon. 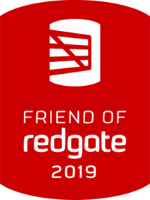