If you’ve been following my blog, you’ll know that I’ve written quite a few posts about the wonders of cloud backups and why you should be doing them to protect your precious data and memories. This doesn’t just apply to personal computer use – businesses should be taking advantage of offsite backups as well. Large businesses typically have this under control, but I’ve found that small businesses (especially those without an IT staff) tend to be the most vulnerable. Owners of many small businesses know just enough technology to do what they need, and rarely have the time or desire to keep up with changing times and best practices. While I don’t hold this against anyone, it is rather unfortunate. 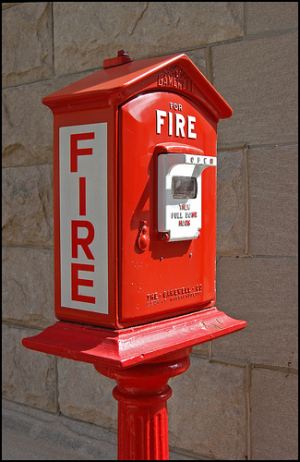 A few months ago, a large bridal shop near me burned to the ground. This shop was of particular significance because Michelle ordered her wedding dress from there. We were very fortunate that her dress had not yet been made, so it wasn’t at the shop. Many others weren’t nearly as lucky. The business was a total loss, and with it went thousands of dresses, many of which were being held for upcoming weddings. The fire was on a Wednesday and many brides were scheduled to pick up their dresses that night for weddings taking place that weekend. Some literally arrived to pick up their dress and saw the building in flames. Through the generosity of other bridal shops in the area, I believe everyone was able to find *a* dress for their wedding, though obviously not the one they had ordered.

So what does this have to do with cloud backups? Nothing. The cloud can do many things, but putting out fires and replacing burned wedding dresses is not among them. Since there was plenty of time until our wedding, Michelle decided to wait a few weeks for things to die down and the business to set up a temporary space before calling and seeing what the deal was with her dress. We were assured that the dress order (placed several months earlier) was at the factory and we had nothing to worry about regarding its delivery in time for our wedding. That being said, they also informed us that they had lost absolutely all of their data, and were asking that we please fax or email over any paperwork we had including order forms and receipts.

This was not an issue for us at all, as we’ve been keeping all of our wedding-related info (including scanned forms) in Google Docs and sharing it between our accounts. This has been incredibly helpful, and I’ll have to blog about it all sometime in the future. We were able to email them everything we had within the hour. A little while later I got to thinking about the tremendous loss this business just incurred. Not only did they lose their inventory and their building, but all their customer and order data as well. Anyone whose name was on a list to get called back about something probably never heard from them. We were honest and sent back the forms reflecting how much money we still owed for the dress, but if they truly lost everything (and we didn’t have a conscience) we could have very easily doctored that receipt to say that everything was paid in full.

Once again, the cloud couldn’t have prevented the fire and I feel terrible for all the brides who were thrown a curve ball at the last minute and couldn’t get married in the dress of their dreams, but to me it’s equally sad that all the data loss that followed could have been prevented for a few dollars a month. Disasters like this are exactly what cloud backup can prevent. To all the small business owners out there: Your business is your data – treat your data like your job depends on it!