A while back I did a few posts covering my favorite cloud backup solutions, and one of my favorites was Mozy. That very well may change now that Mozy has announced they are changing their pricing structure. They claim that “the backup market has changed” since 2006 due to people taking more photos and videos than ever before, and even though the majority of their users back up 50GB or less, the few that greatly exceed that number are ruining it for everyone. Gone are Mozy’s days of backing up unlimited data for a flat rate.

Instead of $4.95 per month per computer for unlimited data backup, Mozy is now charging $5.99 per month for 50GB of backup space for 1 computer, or $9.99 per month for 125GB of space shared between up to 3 computers. Need more space? You can add to the $9.99 plan in increments of 20GB for $2 per month, and additional computers can be added for that same monthly rate. As before, there are discounts if you pre-pay for 1 or 2 years. 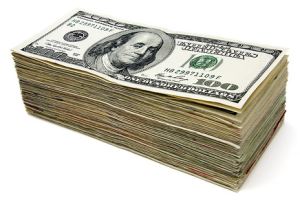 I wasn’t thrilled about how Mozy is giving its user base a “one-two punch” of raising prices and reducing value, and judging by some of the comments over at the Mozy Community Discussion Boards it looks like I’m not alone. Shouldn’t storage only be getting cheaper with time? I understand that enterprise-class storage isn’t exactly as simple as picking up a bunch of hard drives from your local geek store, but disk space in general is a lot cheaper than it used to be.

In defense of Mozy, they still are cheaper than using cloud storage such as Amazon S3. Mozy’s giving users 125GB for $9.99 a month. As of S3’s rates today, you’d pay $.14 per GB/Month or $17.50 and that’s just for the storage (don’t forget they also charge for transferring the data to them). On the other hand, there are many competitors who still offer unlimited cloud backup for a flat rate, and I’d imagine they are seeing a lot of new business from disgruntled Mozy users. Some of them, such as CrashPlan and Backblaze are even offering a discount for those who switch from Mozy.

Another option for cloud backup that has the potential to be awesome is Google Paid Storage. Their prices are amazing – currently $0.25 per GB per year, and they’ll sell you up to 16TB of space! The downside is that there’s no easy way to back up to this space (sometimes I wonder if this is on purpose). You can utilize their space by uploading files to Google Docs, however that’s neither fast nor convenient. People have been hoping for a Google online storage service (usually referred to as “G-Drive”) for a while now and there’s still no sign of it coming, but online backups would be another great way for them to make a killing.

Even with this recent price-jacking, are online backups still worth it? Absolutely. If your computer is stolen or goes up in smoke you will have no trouble replacing the hardware, installed applications, or music, but what you really need to protect are the things that can’t be replaced such as photos and videos. Things like that are priceless, and the best way to protect them is to keep a copy somewhere far far away, like the cloud. Backing up to an external hard drive is fine, but should your home be burglarized or destroyed by fire that external drive is very likely to be just as missing/destroyed as your computer. The peace of mind that can be had from cloud backups should far outweigh the cost. I think of it as an insurance plan – the premiums fees paid for online backup may be a pain, but are far less than the cost of losing priceless data.