So I quit my job last week. As is the practice at most companies, I had to complete an exit interview. Since my former employer was rather geographically distributed and there were no human resources staff in my office, my exit interview was on paper instead of face-to-face. I liked this much better because I had more time to think through my answers instead of coming up with them on the spot.

The questions were pretty standard. Why are you leaving? What did you like best? What did you like least? What are your suggestions for improving this position in the future? Would you work here again? Nothing I wasn’t expecting, until I got to this one set: 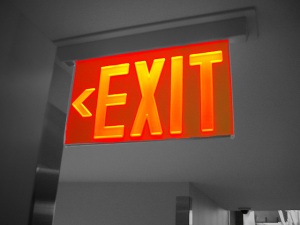 This threw me for a loop. I’ve always considered it to be in poor taste to discuss pay with co-workers, so I’ve never brought it up. Similarly I’ve never had anyone initiate such a conversation with me. Pay has always seemed like a taboo subject, and yet the questions asked were worded as if they assumed I knew what my co-workers were making.

Perhaps the only question of the three I really have access to an answer for is the final one, as there are plenty of websites that aggregate pay information based on job title, location, and experience. Paul Randal (blog | @PaulRandal) recently posted the results of a survey that offered an idea of what one should expect to be earning. My best guess about why they might have asked that question is that people tend to leave due to their pay (or lack thereof).

If anyone has thoughts on the subject of discussing pay in the workplace or similar exit interview questions, I’d love to hear from you! As for why I left and where I’m headed, I’ll have a few posts on those topics in the coming weeks.