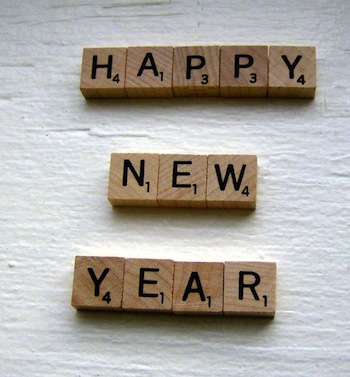 Happy New Year to all! At the start of 2011, I laid out some goals for the year and did an update on them back in July. Now that it’s 2012 it’s a great time to take a look at what I accomplished (and fell short on) last year and also set some new targets. My 2011 goals were as follows:

Speak More – I spoke at two SQL Saturdays this year, #67 in Chicago and #101 in Kansas City. I had hoped to make it to more than 2, but I still met my goal for the year and am hoping to continue the trend.

Travel More – I flew to Kansas City when I spoke there, so I’ll consider this goal completed as well.

Become eligible to take the MCM exam – I achieved this when I passed 70-451 back in April. Check!

Attend training – I considered this done when I attended the SQLskills Immersion Event in Chicago in May.

Learn IO – As I mentioned in July, the plan was for my team to get a new SAN this year. We now have the SAN, actually it was delivered just last week. Unfortunately with the holidays apparently nobody from the vendor was available to install it, so as far as I know it is currently in our datacenter but still in boxes. Hopefully it gets set up soon so I can start working with it, but in the meantime this is a fail as well.

Help out more – I’m still around on twitter and chip in on #sqlhelp when I can, but more things going on at work keep me from being as active as I would like. I’m going to have to find a way to increase my activity. Fail.

All in all I consider myself to be 4 for 7. I did some great things in 2011, but not quite as much as I had hoped. That being said, I think it’s ok that I didn’t do everything I wanted to as those things will automatically roll over into next year. Here’s what I hope to accomplish in 2012:

Continue all the above – While I listed the above as goals, many of them are more of a journey than a destination. For example, training is a process that should have no end because there will always be something else out there to learn. The same goes for speaking, traveling, blogging and helping out. As for my goal of learning more about IO (and SAN management in particular) I should get that opportunity very soon once our new hardware is installed.

More MCM Progress – Becoming eligible to take the Microsoft Certified Master exam was great, but that’s no stopping point. I need to keep up studying, practicing, and working towards passing things! I don’t feel comfortable saying I want to become an MCM in 2012, so instead my goal is to continue progressing toward it.

Attend the PASS Summit – I should have done this long ago but never got the opportunity, so one of my goals for this year is to attend the PASS Summit. Perhaps this year I can be on the other side of all the tweets coming from the keynote! An added bonus would be if I could speak there, and I will definitely be submitting a few abstracts once the call for speakers opens.

Blog smarter, not harder – While my previous goal of keeping up my blogging is all well and good, I don’t just want to focus on the number of posts I write – anyone can write a lot of short and useless things and call it a victory in terms of quantity. I’m generally happy with what I put up here – if I don’t like a post then it doesn’t go live, and I’ve left a few on the cutting room floor or delayed them so they can be improved. In 2012 I plan to continue this trend and ensure that when you come here you will find informational, helpful, and thought-provoking material. As always, I welcome your comments and do my best to respond to them in short order. If you, my readers, aren’t happy, then there’s really no point in me having a blog to begin with!

So that’s my goals for the year. May you all have a happy, healthy, and prosperous 2012!