This past weekend I was very fortunate to be able to attend and speak at SQL Saturday #118 in Madison, Wisconsin. This was a top-notch event; all the hard work and planning that went into it really showed in how smoothly things ran.

My trip began around noon on Friday, which was a great decision because I hit no traffic at all on the way up there. I checked into the Crowne Plaza Madison and ended up with a little time to kill before heading out to help set things up. The hotel was excellent, featuring a pool and free wi-fi that was surprisingly fast. I’ve been gouged at other hotels for a much slower connection! 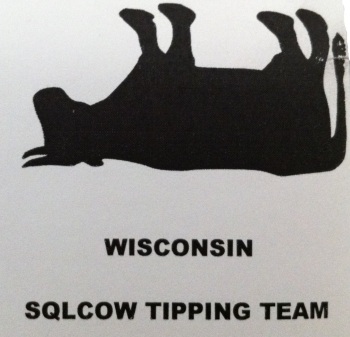 A large group of volunteers converged on the venue around 4pm Friday to help with setup, stuff goodie bags, and make sure everything was ready to go. So many showed up that things got done significantly faster than planned, meaning more downtime before the speaker dinner started. Downtime’s never a bad thing at these events though – we all hung out at Ale Asylum, a brew pub with some very tasty beer!

The speaker dinner was held at Benvenuto’s Italian Grill, where much merriment was had, along with some excellent Italian food. Afterwards a lot of us headed back to the hotel bar before turning in for the night.

Doors opened for registration at 7:00 the next morning. The event was held at Madison Area Technical College, which was a terrific venue. There was excellent classroom space featuring large projector screens, plenty of desk space for laptops, and most rooms had tiered seating to help with visibility. The hallways were wide and there was plenty of open spaces to mingle and network with others. Much like the hotel, it also featured some impressively fast wi-fi.

My session, where I talked about data compression, was at 8:00 am – the first timeslot of the day. This was fine with me as I am very much a morning person. Not only was I awake and ready to go, but I had a pretty lively crowd of attendees that were eager to get the day started as well. My presentation filled the 75 minute timeslot perfectly, with enough time for some great questions afterwards.

Lunch was a delicious Wisconsin picnic featuring bratwurst, hamburgers, baked beans, potato salad, and cookies for dessert. To facilitate conversation on specific topics, this was a “Cows of a Spot” lunch, where speakers were assigned to specific tables marked with topics and attendees could come with their questions. I manned a table on performance and had some great conversations with those who stopped by.

The sessions themselves appeared very well-organized, and those I attended personally were of excellent quality. I was particularly impressed by how room monitors were assigned to each room and evaluation forms were given to speakers immediately following their session. Of all the SQL Saturdays I’ve spoken at this was the first time I’ve gotten to see my evaluations. I can remember one where the evaluation forms got lost before we got them, and another where it wasn’t communicated that speakers had to come pick them up so they were thrown out instead. Giving the forms to the speaker immediately following the session eliminated any confusion and made sure the evals got in the right hands as quickly as possible.

After a full day of training, closing ceremonies and the highly anticipated raffle drawings took place. There were some great prizes, including many books, Amazon Kindles, and even a HP Mini! The after party was held at Wilson’s Sports Bar across town. Unfortunately I don’t have a whole lot to say about this, as I left for home shortly after it started. I’m sure an amazing time was had by all, and you’ll be able to find blog posts by others who stayed.

All in all I thought this was an excellent event. While it was the first SQL Saturday in Wisconsin, it sure felt like it was put on by a bunch of seasoned pros. Many thanks to the organizing team, which consisted of Jes Borland (blog | @grrl_geek), Ted Krueger (blog | @onpnt), Gina Meronek (@equerystrian), Leonard Murphy (blog | @phonetictalk), and the MADPASS Board: Tim Benninghoff (blog), Matt Cherwin (@control_group), Tony Sebion (@tonysebion), and Steve Novoselac (blog | @scaleovenstove). Also a huge thanks to the sponsors – without their support it wouldn’t have been possible.