There was an interesting debate on Twitter the other day over whether or not it’s important for an interviewee to know what a company does, or if they should just know whatever technology the job description calls for and nothing else. Jen McCown blogged about it in detail and included a lot of comments.

There are definitely valid points on both sides, but in general I think it’s always a good idea to know what you’re potentially getting yourself into before you head to an interview. This way, should you find there’s something about the position you object to beforehand, you can save both yourself and the interviewer a lot of time by canceling. 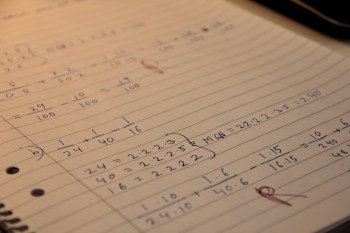 Even more importantly, taking the time to learn a little about the company and what they do shows your interviewer(s) that you are really interested in the position, and may separate you from the other candidates. If someone is faced with two similarly-qualified applicants and one of them put forth the extra effort to do some research about the company in advance, which candidate looks better?

True story: back when my brother was a senior in high school he was applying for all the local scholarships he could find, one of which was offered by the local Masonic Lodge. They decided to bring him in, and I can remember him mentioning to my father one morning that the interview was later that afternoon. My dad asked if he knew anything at all about the masons, and if not, maybe he should look up some facts about them. Adam heeded my father’s advice before heading off to be interviewed.

It turns out they only invited 2 people in for interviews, and one of the questions they asked was “What do you know about the Masons?” Adam came prepared, and said he knew they were one of the oldest fraternal organizations in the world, and that several U.S. Presidents, including George Washington, were all Masons as well.

They said the other candidate, when asked the same question, replied something along the lines of “You guys are a cult, right?”

So if you want the job, or the scholarship, or for whatever reason find yourself needing to impress someone, do your homework ahead of time.