It’s 10PM*. Do you know who your sysadmin role members are?

SQL Server’s fixed server roles control incredibly broad permissions across your entire instance. For this reason, membership in these roles should be granted carefully and reviewed often. Fortunately, reviewing role membership is extremely easy, so you can always answer the above question better than Homer.

In the SSMS Object Explorer, open the “Security” folder for an instance, and then open “Server Roles”. 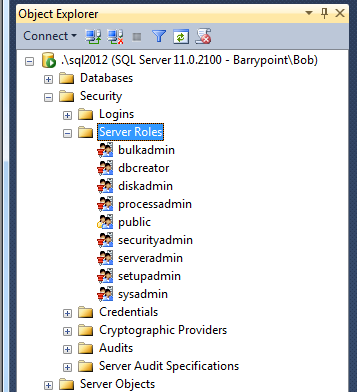 You’ll see it displays the 9 fixed server roles. Double-clicking on any role brings up a dialog that shows all its members: 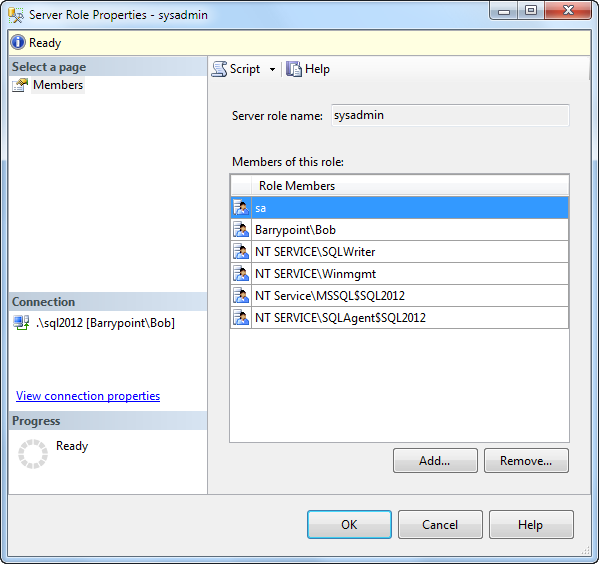 If you hate typing, then this method is for you. Otherwise, you’ll probably like

In SQL Server, where there’s a will, there’s a way to do something in T-SQL. And it will probably be better/faster/cheaper too. Here’s the query I use to check server role memberships:

On my test server here at home, it returns the following results:

It’s important to note that this query returns members of all server-level roles at once. This example shows only the members of the sysadmin role because it’s the only one with members on this instance.

What to look for

Securityadmin: the most dangerous role

Ask anyone familiar with SQL Server what the most dangerous role is, and they’ll probably say “sysadmin.” While sysadmin has the keys to the kingdom in the sense that its members can do absolutely anything on the server, there is something securityadmin has that sysadmin doesn’t: secrecy.

Members of the securityadmin role can manage any login on the server, including membership in server level roles. This means someone with securityadmin rights can:

If you’re only looking at members of the sysadmin role, you will be none the wiser. When checking server-level roles, remember that securityadmin is every bit as powerful and dangerous as sysadmin. It just might save your bacon!