You would think a lesson as simple as “always tell the truth”, something that parents teach their children from an early age, wouldn’t be such an issue in adulthood. But of course it is for some. I’ve wanted to write this post for a while, and with the recent media reports about US Olympic Swimmer Ryan Lochte lying about being robbed in Rio de Janeiro, the timing seemed incredibly appropriate. 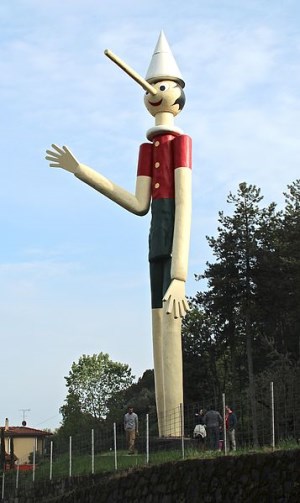 When applying or interviewing for employment, don’t lie. If you do, and you aren’t caught right away, chances are pretty good that sooner or later someone will find out. You either won’t get the job to begin with, or if you’ve already been hired, your tenure may end very quickly. I can’t help but think back to George O’Leary, the Notre Dame Football Coach who was caught falsifying information about both his academic and athletic accomplishments. He resigned five days after his hire was announced, once people started taking a harder look at his qualifications.

In my years of conducting interviews I’ve had plenty of candidates where things seemed strange or just didn’t add up. Two stories of lying on a résumé stick out in my mind as being especially amazing.

The first was a candidate who wanted to stress that they “lived and breathed SQL Server.” One comment to me during the interview was “I dream in SQL”. Yeah that sounds kinda creepy, but by that point it didn’t even matter, because they put the following line on their résumé:

Many interviewers would probably see that as a plus, but not me. I’ve been regularly attending meetings of that user group since 2009, have been part of its leadership for the past few years, and have never seen that person before in my life. I know my memory isn’t perfect though, but fortunately our attendance records are pretty extensive. You see, we meet in a secured office building. Anyone attending our meetings has to RSVP ahead of time, so we can get their name on a list that’s given to building security. If your name isn’t on the list, you don’t get into the building.

Being database people…we keep all that data! I was able to look back several years and prove that this person had never attended a meeting in recent history, and more than likely not at all. This wasn’t the only reason they didn’t make it past the first round of interviews, but it sure made our decision easier.

Then there’s “Dr. Mario”. If you were preparing to interview someone, looking over the résumé and saw an education section that looked like this, what would you think?

Would you think they’re a doctor, or at least have an M.D. degree? That’s certainly what we thought. About halfway through the interview the candidate casually mentioned “oh yeah, I dropped out of that program after one year.” Then why is it on your résumé? Or if you’re going to put it on there, it should probably be denoted that the degree was not earned. As it was written, the logical assumption would be that the degree was completed.

I’ve interviewed plenty of people mid-way through a degree. All have been very careful to note on their résumé that the degree is “pending”, or to explicitly state an “expected graduation date” or something along those lines. “Dr. Mario” (who, much like the actual Dr. Mario, is not a real doctor) had nothing at all.

In short, don’t lie. Even if you aren’t lying, if anything at all makes your interviewer think you aren’t being fully truthful, chances are pretty good that you won’t be hearing back from them. There are plenty of reasons for a job interview to not progress to the next stage of an organization’s hiring process. Some of those reasons are fair; others are not. But if you lie either in person or on paper, or in any way appear to be hiding something, you just made your interviewer’s job way easier. If an organization can’t trust you to present yourself and your qualifications accurately at the earliest part of the employment process, how can they be expected to trust you with their data?

But the responsibility doesn’t lie solely on the candidate here. If you’re the hiring manager, make sure you’re doing your due diligence. Contact references, verify qualifications. Check everything. Don’t blindly assume that just because you see something on a résumé, it is true, and that it means what you think it means.